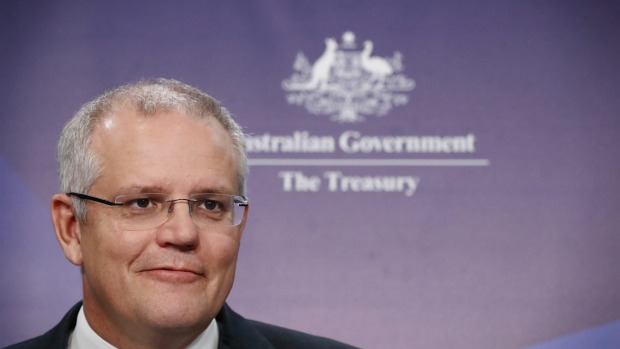 Stamp duty will be abolished for first home buyers purchasing a property valued below $600,000 - the Victorian Government says.
From July discounts will also be available for property purchases between $600,000 and $750,000 on a sliding scale -regardless of whether they are new or established homes.
As part of a suite of changes to make housing more affordable - the Government will also introduce a new tax levied at 1 per cent on vacant residential property to target empty properties in Melbourne's inner and middle suburbs.
Owners will be encouraged to make vacant properties eligible for purchase or rent.
There will be exemptions if it is a holiday house a deceased estate or if the owner is overseas.
"This will send a really strong message to people that if you are effectively banking an empty property and denying that to the market and contributing to the lack of supply - then there's something you can do about it " Premier Daniel Andrews said.
"You can simply pay the tax or you might go see a real estate agent."
Treasurer Tim Pallas said the stamp duty changes would help about 25,000 Victorians purchase their first home.

5 housing affordability ideas
The pros and cons of some of the top suggestions to make buying a house more doable - along with the likelihood of them ever actually happening.
"We promised we would tackle housing affordability and that's exactly what we are doing," he said.
"Many people aren't looking for mansions.
"They're just looking for that first step on the ladder so they can get a home - a roof over their head so that they can plan for their family's future."
"It's a really simple - commonsense way in which we can support more young couples into the housing market," the Premier said.
.

Stamp duty not a factor without supply
Opposition Leader Matthew Guy said removing stamp duty will not make much difference because of a shortage of supply.
"Stamp duty is not a factor when there's not enough houses to purchase," he said.
"This Government has not brought enough supply into the market.
"And as a consequence - first home buyers are struggling to even find premises within 20km from the CBD."
Mr Andrews said the stamp duty savings could amount to up to $25,000 - which was good news for Joss McCormick and partner Scott Gartlind - who have moved in with his parents to save more money for their first home.
"We'd pretty much be able to furnish a house with what you save on the stamp duty," Mr Gartlind said.
"How can that not be a great benefit to anyone and not paying more fees has got to be a great thing for first home buyers."
In other changes designed to help level the playing field - off the plan stamp duty concessions on investment properties will also be removed.
That concession will only be available to those who intend to live in the property
.

Co-ownership plan
'Home of dangerous ideas'
The housing affordability debate is increasingly becoming the home of wacky ideas ranging from dangerous to disastrous - writes Michael Janda.
In a move aimed at people who can afford mortgage payments but not a down payment - the Government has announced a new co-ownership plan.
As part of a pilot scheme worth $50 million, the Government will purchase up to 400 homes - taking a 25 per cent share in the properties.
The idea will mean homeowners will need a smaller deposit and can enter the market sooner.
Eligible applicants will need to earn $95,000 a year for couples or $75,000 for singles.
The Government will also contribute $5 million to a shared equity scheme to help low to medium income families get a foothold in the property market.
At least 10 per cent of all properties in government-led urban renewal programs will also be earmarked for first-time buyers - such as in the Arden development.
The plan to develop the 56 acre site could house up to 15,000 people, and 1,500 could be first home buyers - the Government said.
Last week it was announced 100,000 housing blocks would be rezoned to be made available for sale - creating 17 new suburbs in Melbourne's key growth zones.
On Friday the Government announced it would double the first home owner grant to $20,000 for those buying a new build property in regional Victoria at up to $750,000.
It was expected that change would help about 6,000 first home buyers.